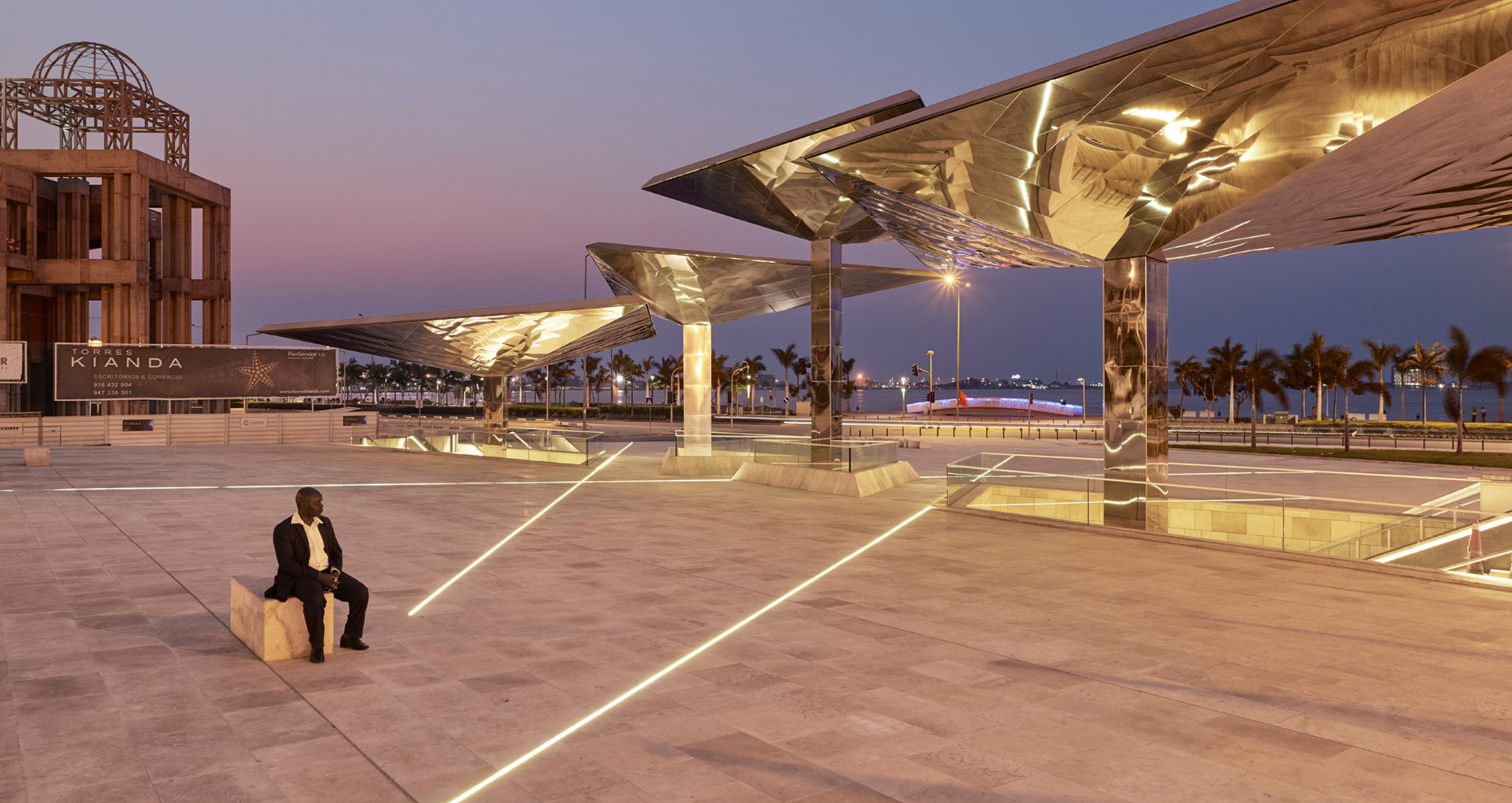 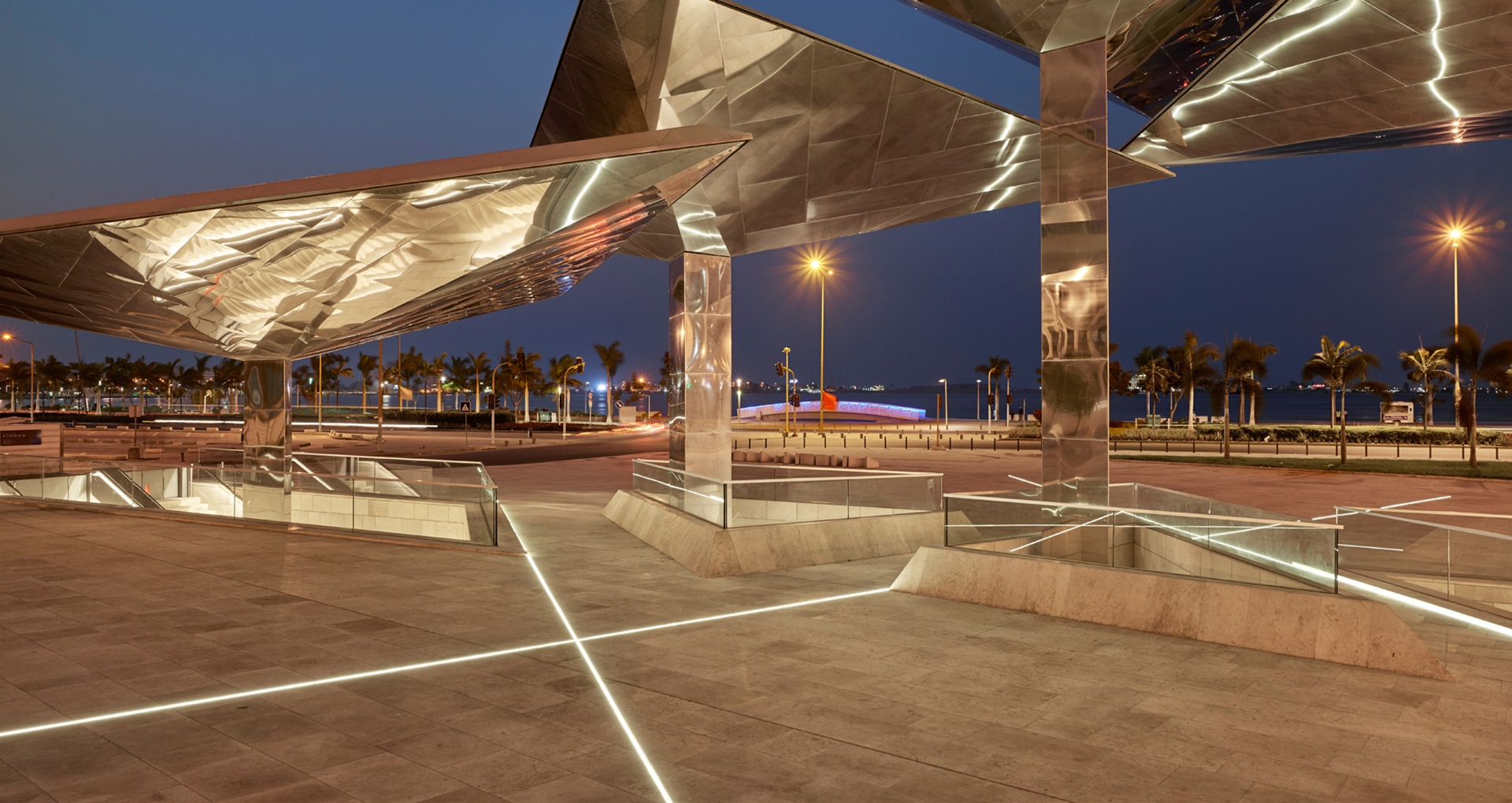 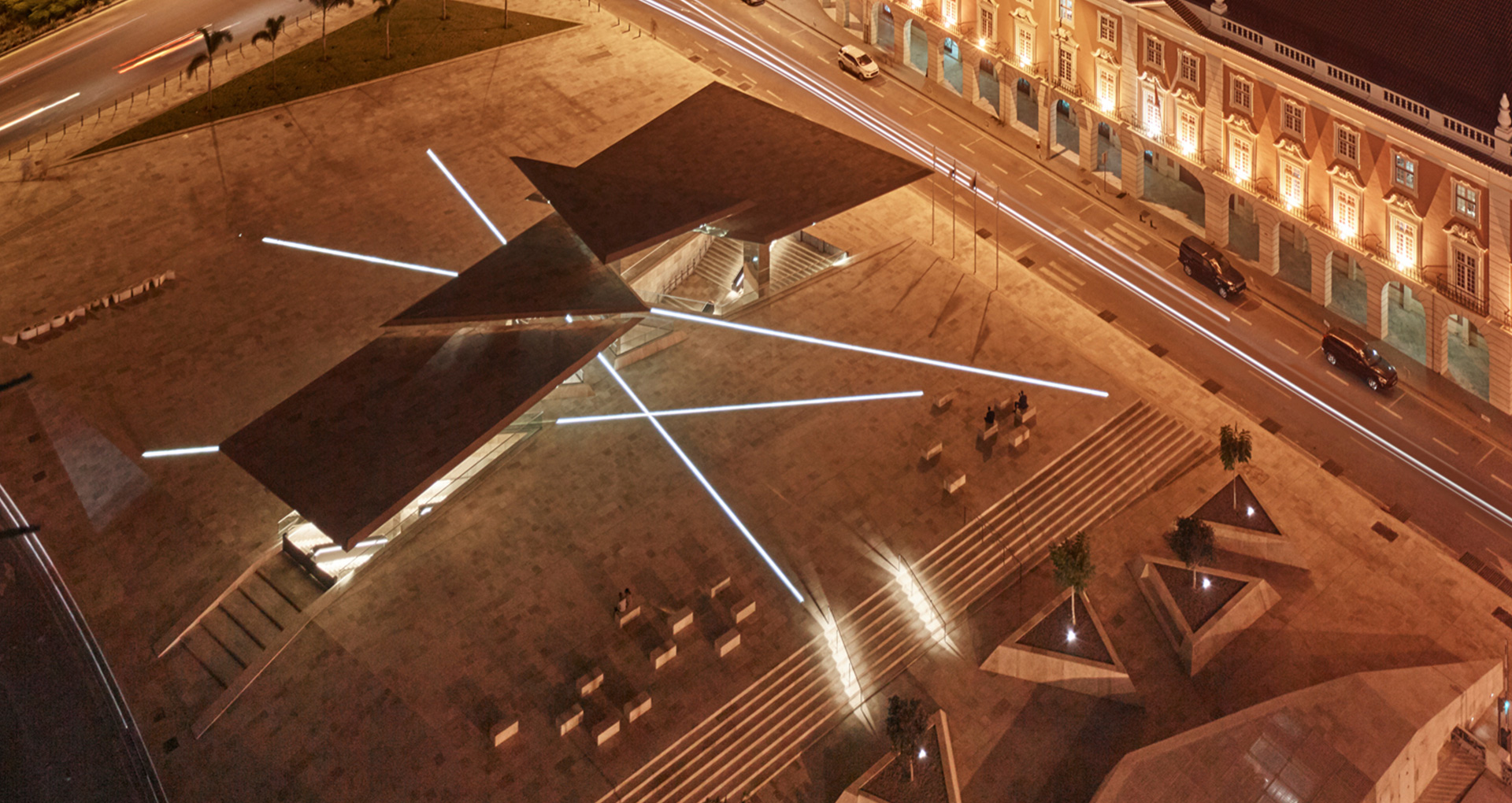 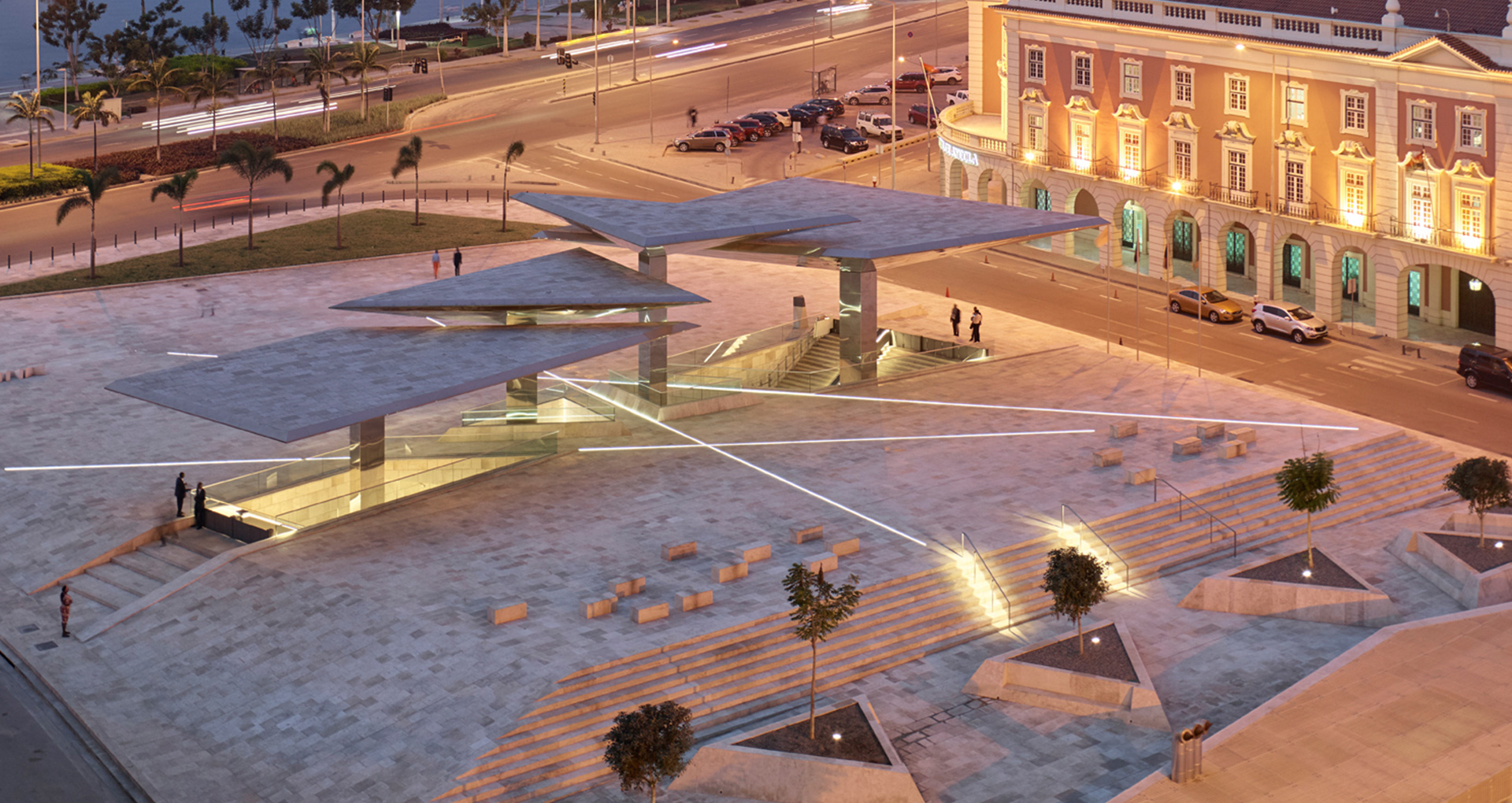 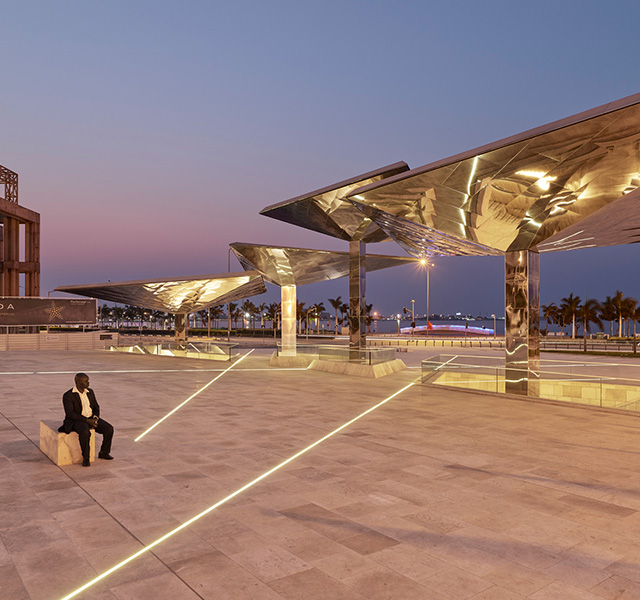 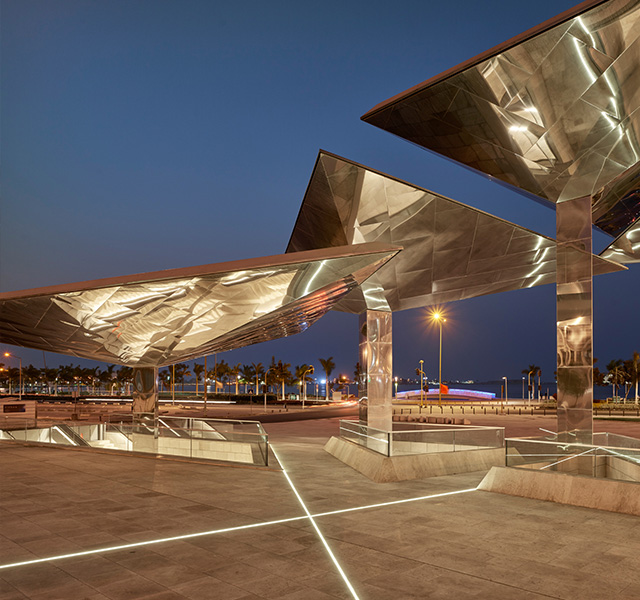 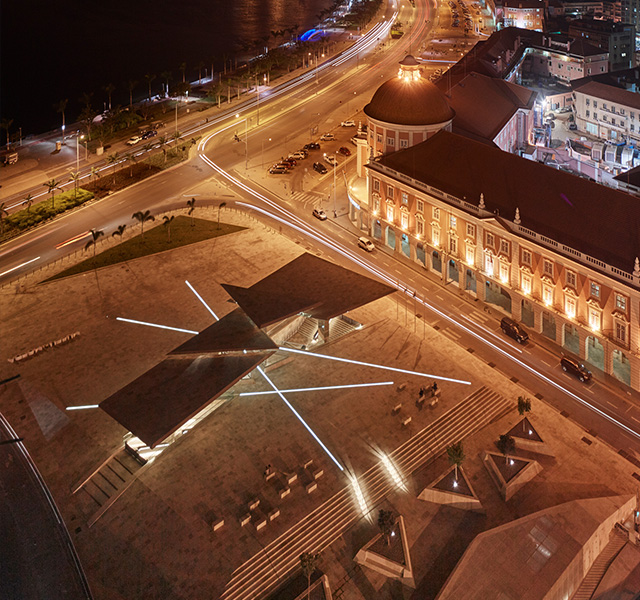 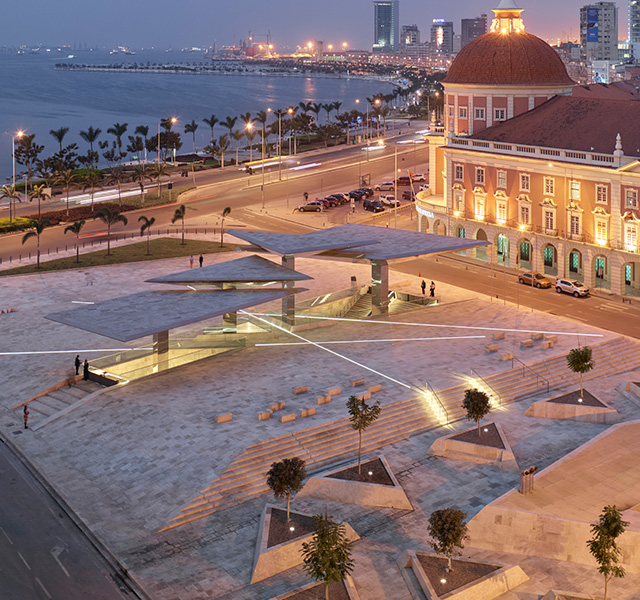 More Light, More Shine. The striking light lines are clearly visible, even from a distance. They seem to highlight the roof of the newly built Museu da Moeda in Luanda as if by chance. The installation on the subterranean building, whose surface presents itself as a newly created square in the Angolan capital, is based on a design by the Costa Lopes firm of architects. This challenge could be met thanks to advice and customized solutions from ADO Lights by TTC Timmler Technology.

Costa Lopes is headquartered in Luanda with another office in Lisbon. The Angolan capital is a busy metropolis and one of Africa’s boom towns. These two architects also planned the university hospital and the congress tower in Luanda as well as the green shoreline along the picturesque bay with its many palm trees, lawn and rest areas. The Museu da Moeda enjoys a prominent position in close proximity to the National Bank. A location with symbolic significance because the museum exhibits different currencies and means of payment used in this country through the centuries – salt, ivory, shells, gold, but also historical coins and banknotes. The lavishly designed seaside promenade is just a few metres from the museum. The planers included the topology of this location when designing the building: Viewed from the sea you have direct access to the square. On the opposite side you can reach the sloping terrain behind it via steps.

The asymmetric sun sails on the square, which rest on one column each, are striking elements on the square. These supporting parts as well as the underside of the shade-giving structure are covered in metal. In the evening and during the night the eye of the observer is guided by LED light lines embedded in the ground. There are three light lines of different lengths, measuring 45.8, 55.4, and 60.8 metres respectively. The point where they cross each other marks the entrance to the museum. Where they illuminate, their light reflects in the linings of the sun sails.

Due to the high humidity, exceeding 80 per cent almost all year round, and the proximity to the sea a V4A stainless steel profile measuring 20 x 20 millimetres was chosen for the light line holder. The 120 millimetres high mounting profile with integrated cable duct is made of the same material. This allowed a flush finish with the paving. The designer chose 4.100 Kelvin for the light colour, an expressive and bright light. Nine elevated plant tubs are illuminated slightly softer but equally atmospheric. Each tub contains a tree as a three dimensional element – illuminated from below using a light tile, whose holder is again made from V4A stainless steel.

With this masterful manoeuvre, building a museum and a square at the same time, the Costa Lopes team of architects scored a double success: In a town that has a lively creative scene but still not enough exhibition space they have created both, a cultural centre as well as a new venue for people to interact. Both cannot be missed. Not least thanks to the light technology “Made in Germany”. By ADO Lights to be precise.