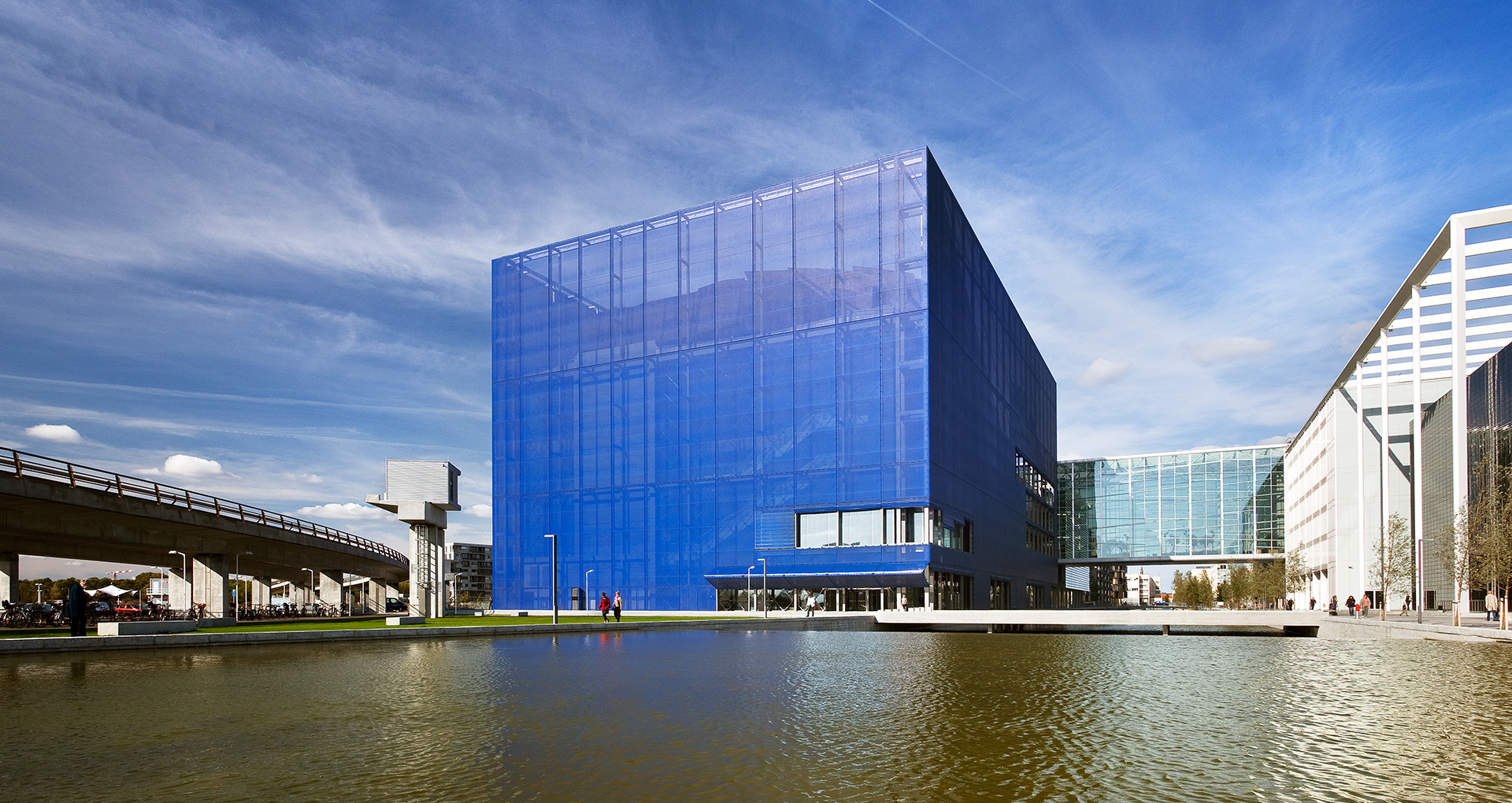 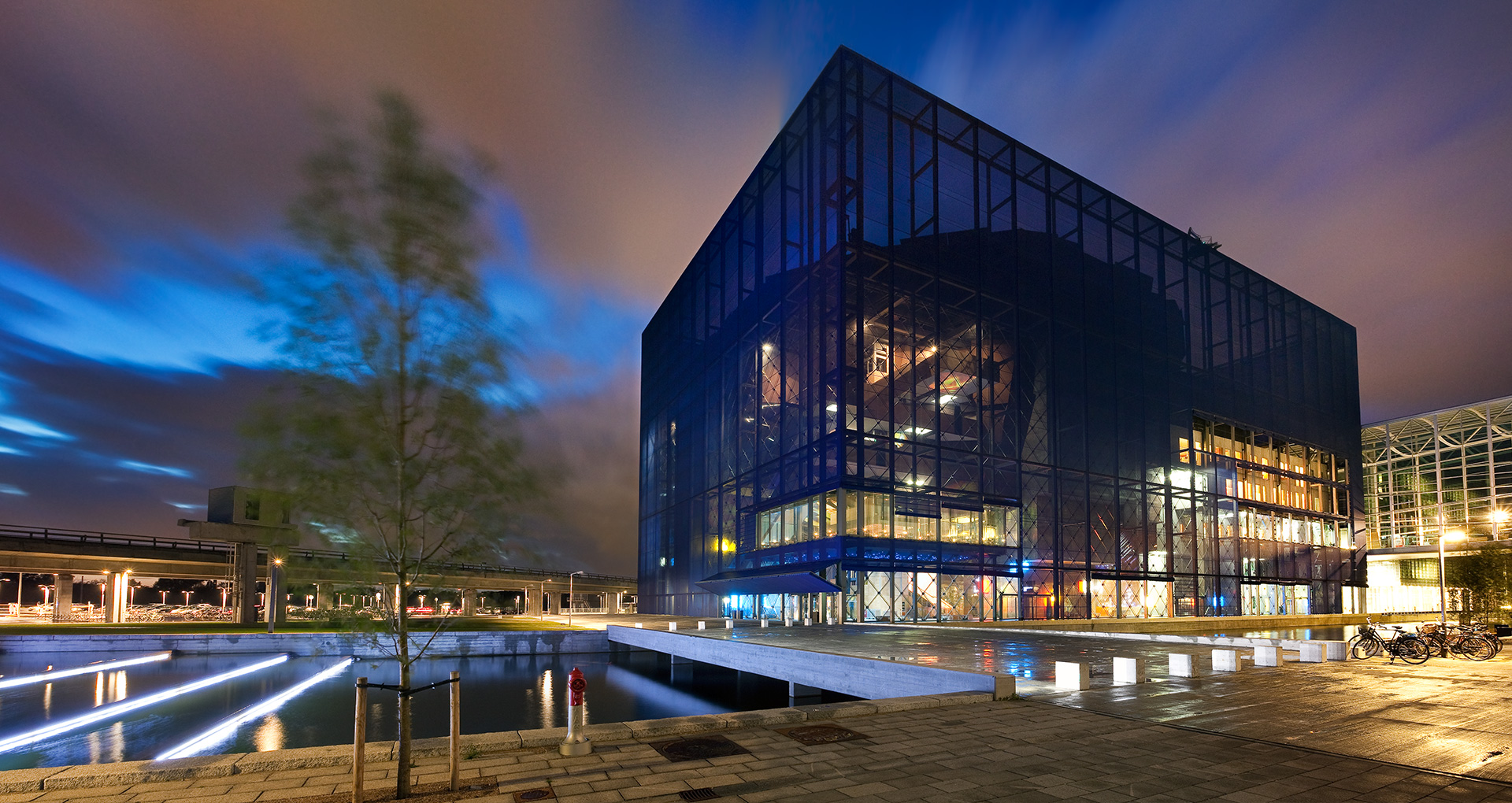 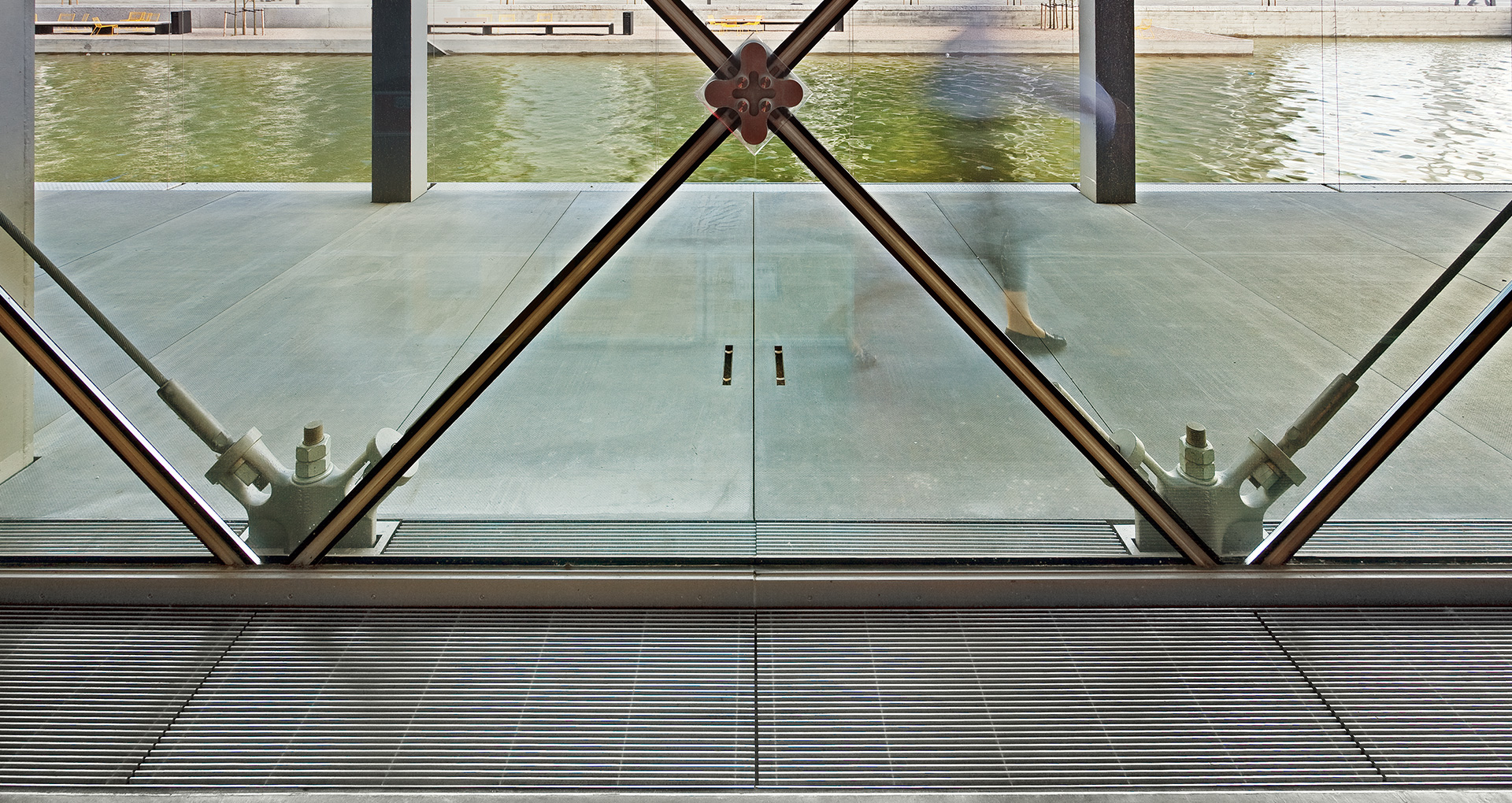 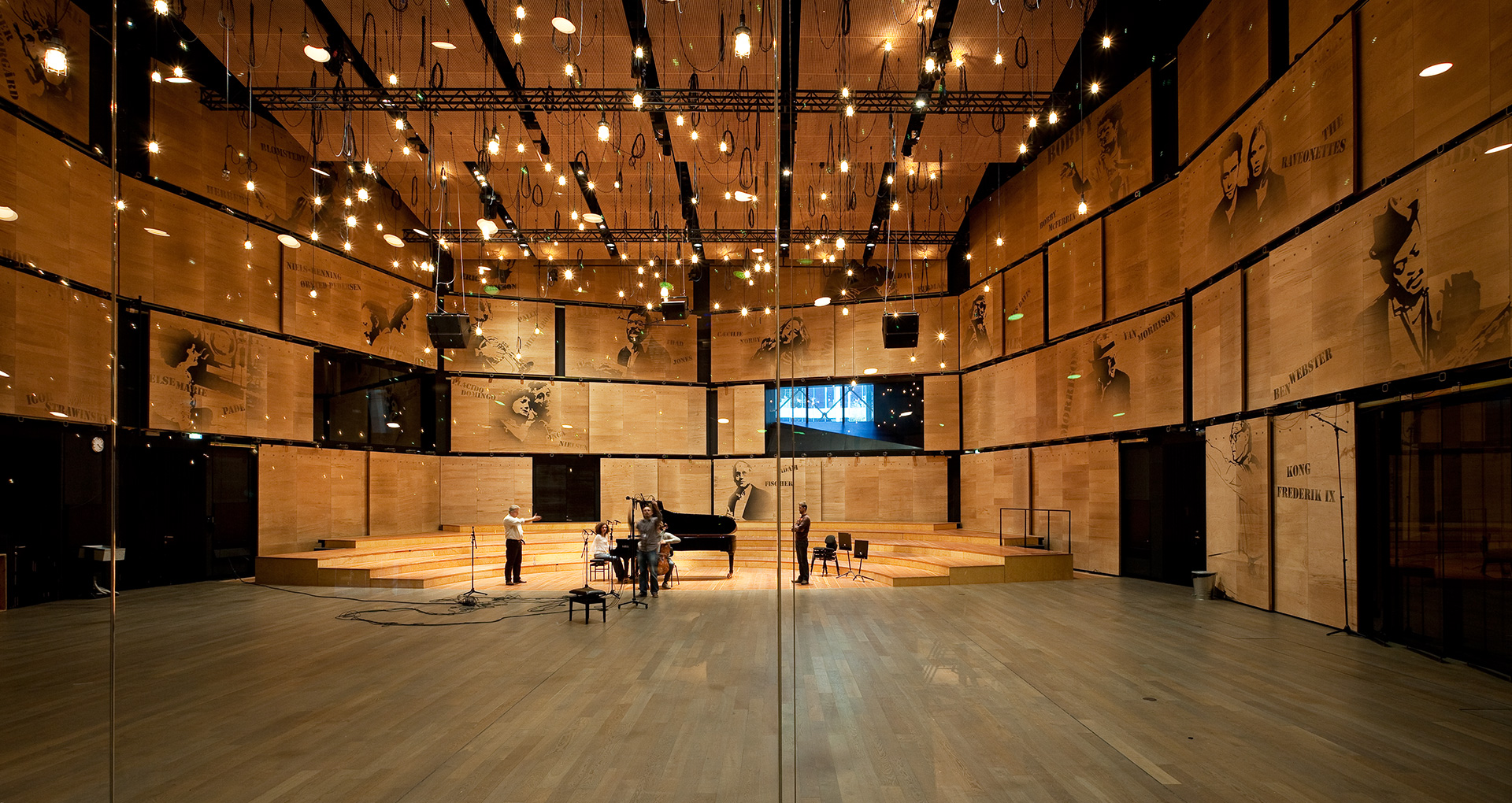 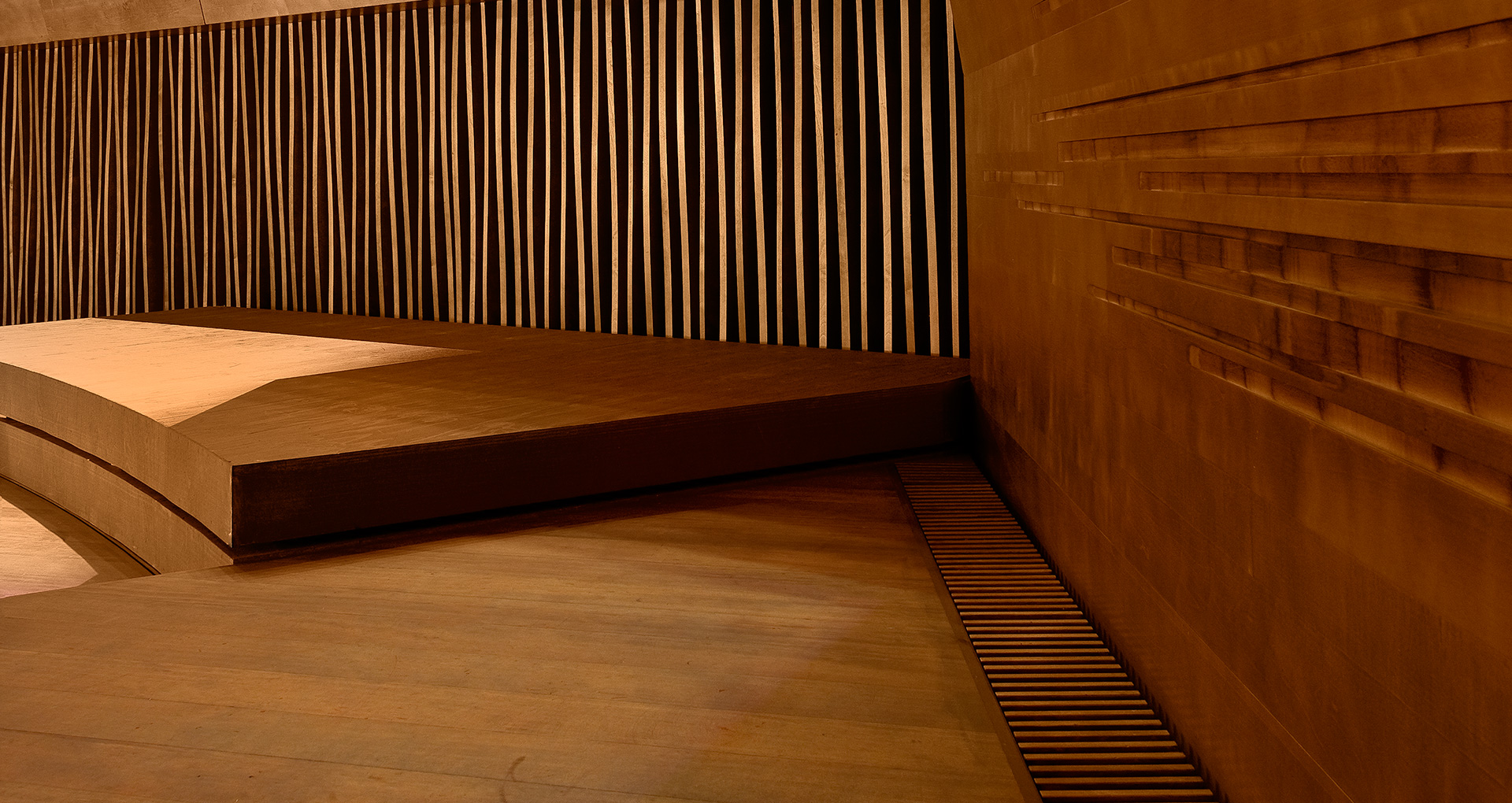 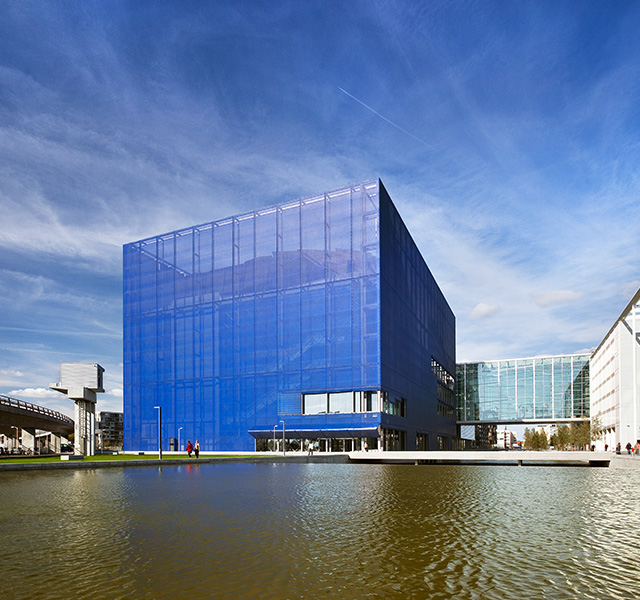 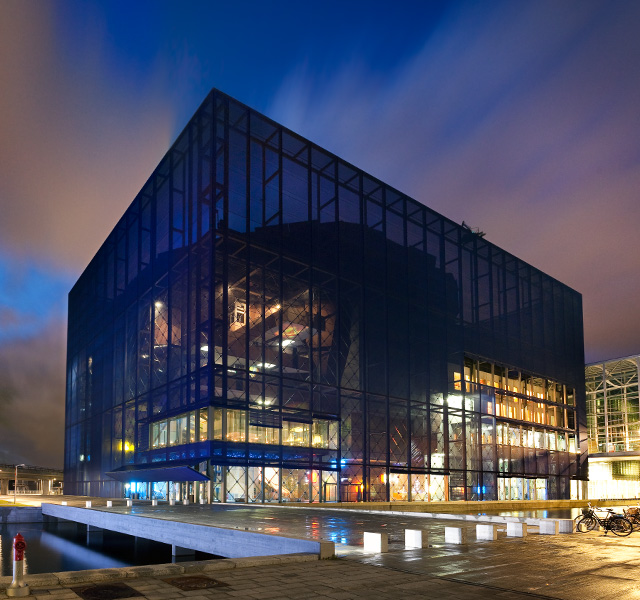 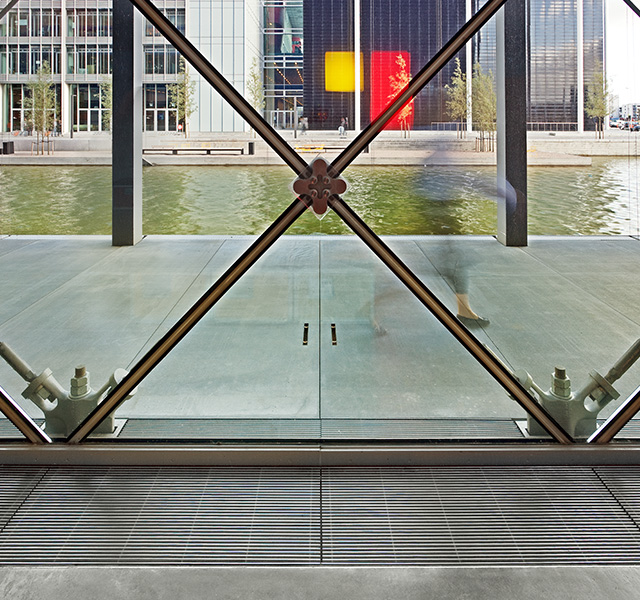 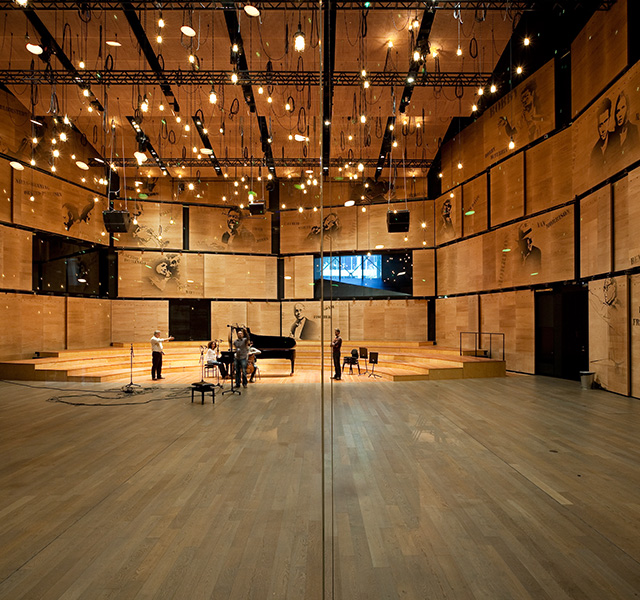 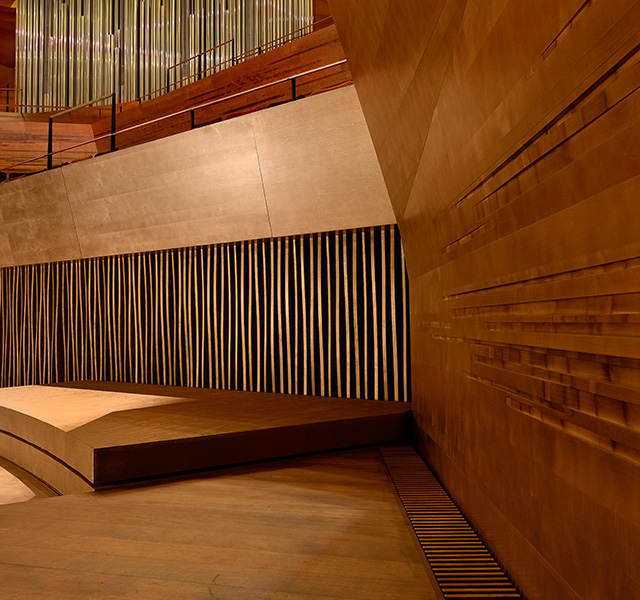 There it is, like a shining blue cube. The new Copenhagen Concert Hall is spectacular, even from the outside.

However, the real surprise is hidden on the inside, behind its glass fibre skin: The concert hall hangs in a steel construction, a bit like a meteorite. This is the brainchild of the French architect Jean Nouvel.

This concert hall is a global synthesis of the arts. The idea to control the sound quality through a sail above the heads of the audience comes from Japan. Other details were designed and manufactured in Germany by TTC.

A real eye-catcher are the revolving doors in the entrance area. They revolve above gratings that look like a huge LP made from metal. A stilised sound carrier as an entrée! Both Danmarks Radio, the client, and the architect were very enthusiastic about this subtle detail.

The interior ventilation gratings and the exterior drainage gratings are also aesthetically pleasing – they are of identical design and have a sleek appearance. Less visible but nonetheless important: The air-conditioning gratings have cantilever arms, anchored in the concrete and the floor, and thus provide a special, reversible subconstruction to prevent acoustic noise being passed into the concert hall.